8 things you should never say to a cosplayer?

#1: I could make that costume for you.

This one is mostly directed at people who have never made a prop before, and it’s the worst thing to say to a cosplayer. The truth is, if you’re giving them this advice, they probably already know what they’re doing. If not, then maybe some constructive criticism would be better.

#2: Why are you wearing that? You look terrible!

If you say this to a cosplayer, then your brain has likely been added by some kind of comic supervillain power. It’s especially bad if it is addressed personally at the cosplayer themselves, let them express their character’s emotions in the way that they want to.

#3: I know who your (insert character here) is, and you’re not doing it right!

I’m sure you probably broke down all of their misconceptions on how the character would act or behave in that situation, but just keep this to yourself, cosplayers get enough grief from other people.

Like the previous example, if you say something like this to a cosplayer, then you’re probably extremely confused and should have your head examined by the nearest professional. Cosplay is an activity for most people who participate in it, they love what they do and want others to appreciate their work. However, not everyone feels that way about cosplay (because of the reasons mentioned above).

#5: How long did it take you to make that? I could never make something like that!

This one isn’t as bad as some of the others but can be annoying sometimes. Just don’t ask them how long it took them to make or made if they put a lot of effort into it. If they aren’t trying to show off their cosplay, then don’t push them.

Sure, cosplayers have an amazing passion for their hobbies. But the fun part about cosplay is that there’s no right or wrong way to do it. As long as you enjoy what you’re doing and have fun while doing it, then you’re doing it correctly!

Just be nice to them normally and they’ll return the favor! Don’t make weird comments on their appearance or behavior and be respectful of other people who are around.

If I had a nickel for every time someone said this to me at Anime Expo… I wouldn’t have enough nickels to afford Anime Expo next year. Seriously though, this is by far the most popular thing people say. We’re cosplayers, what do you think we want to hear? Just tell us if you like it or not and leave us alone.

I don’t mean to repeat myself here, but I’ve run into so many rude people at conventions when they ask me why I’m wearing something stupid like a maid uniform (I love being falsely accused of sexualizing myself) or if they can touch my wig even though I clearly stated that was OK beforehand. Remember who these people are! They’re your fellow con-goers here to enjoy themselves. So let them have their fun instead of trying to be an authority on how to cosplay. 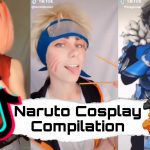 How to make a Batman costume for cosplay